The Riverview Bridge of the North Branch Riverfront Trail completes a critical link in the off-arterial trail, spanning from the city core on the south to the extensive set of northern trails that extend to the Botanic Gardens, Ft. Sheridan and points north. By running below Addison 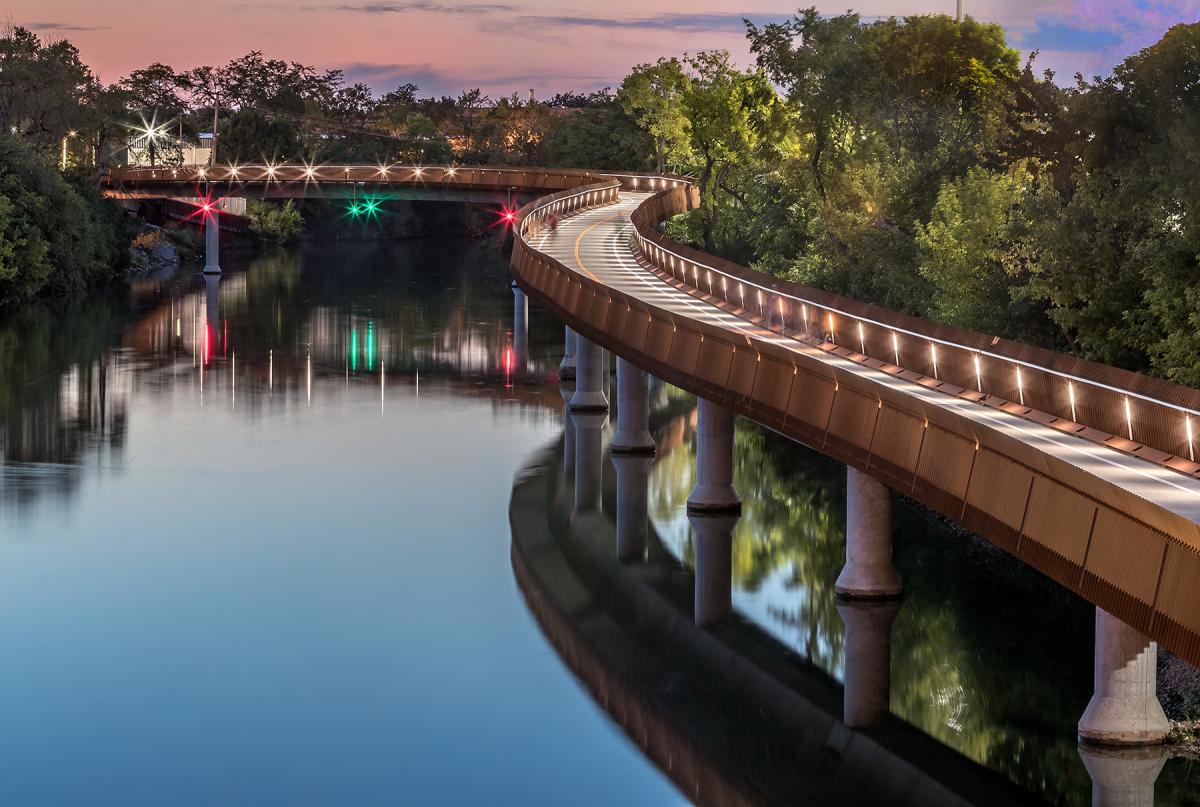 Street, and running off-street to a new bridge over the river to California Park, a nearly contiguous 2-mile long recreational trail (now called the 312 RiverRun) is created between Clark Park at Belmont Avenue and Horner Park at Montrose. With a safe and secure connection between Horner, California and Clark Parks, the parks themselves are enhanced nominally, creating a single from the set. Providing a multipurpose bridge over the river is the key to the singular character of this trail segment and promises to reintroduce the river to thousands of Chicago residents.

Epstein’s design strategy for Riverview Bridge involved the unconventional solution of disengaging the path from the riverbank and elevating the entire structure above the water level. This solution elevates the trail on piers, and locates it within the River, providing for a sustainable solution that preserves the maximum amount of vegetation, and riverbank stability, while minimizing scouring and erosion.

The layout of the bridge, with the inclusion of horizontal and vertical curves over long spans, demanded special attention. We set out to offer a design that is architecturally and aesthetically startling and, yet, offers a sense of safety and stability to the pedestrian users. To this end, special attention was given to the mitigation of vibrations, deflections and rotations to acceptable limits, and to the selection and design of bearings. Many computer models, in combination with hand calculations, were used to accomplish this. We did not want to sacrifice the slender, ribbon-like profile of this bridge, gliding alongside the Chicago River. This challenge was met and satisfied by use of a reinforced concrete trapezoidal box beam supported on a line of cylindrical columns typically spaced 60’-0” apart. At the river crossing, the columns are 110’-0” apart. The columns rest on drilled caissons, which securely anchor the whole structure in bedrock. The weight of the superstructure, in combination with monolithic connections between the beam and the columns and thermal breaks spaced judiciously, helped create a structure that satisfied the strength, deflection and vibration requirements imposed by AASHTO, the Pedestrian Code and our client.

1 hour of CE credit will be given 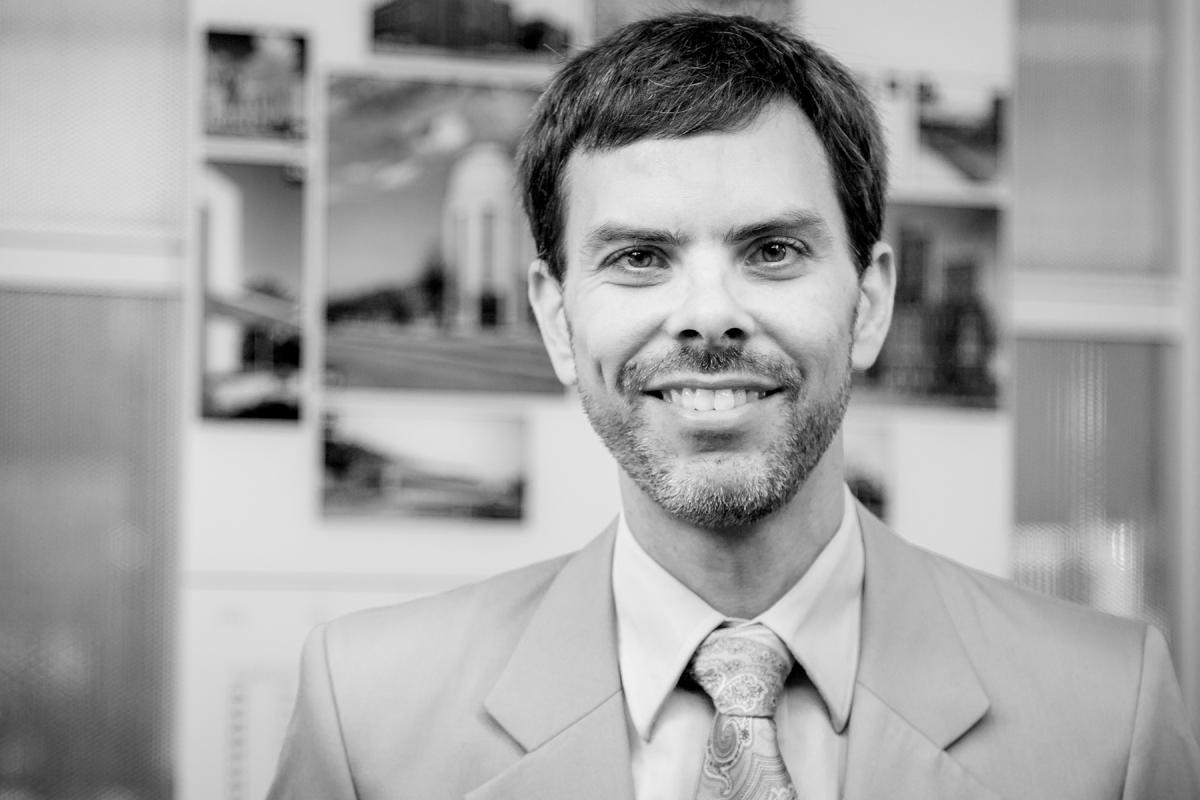 Mr. Osborne obtained his B.S. in civil engineering from the University of Detroit Mercy in 1997. Greg, who joined Epstein in 2004, has more than 23 years of industry experience. His transportation experience includes Phase I planning, Phase II construction documents, and Phase III construction inspection. His projects range from major river bridges to pedestrian bridges, and from airports to parking lots for both the public and private sector.

As Epstein’s Director of Civil Engineering, Greg is responsible for advancing the department’s staff, projects and new business for Epstein’s civil and transportation engineering services. He is a licensed Professional Engineer in Illinois and Michigan and also a LEED Accredited Professional. 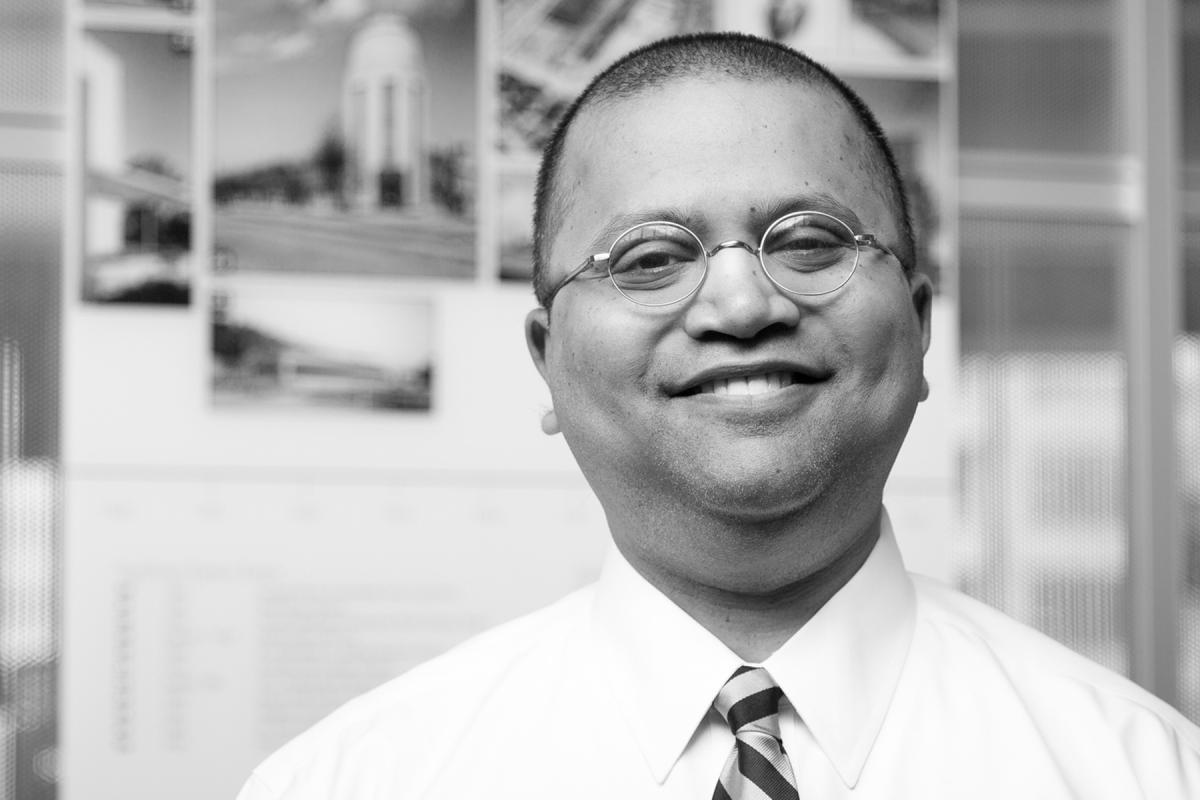 Mr. Varma completed his undergraduate degree in civil engineering in India in 1996 and his M.S. in civil engineering from the University of Michigan in 1997. Since then, he has worked in A/E firms in Michigan and Illinois. Raveesh authored the “Masonry Wallbracing Design Handbook” for the Mason Contractors Association of America in 2003. Currently, he is an associate member of ACI Committee 355, “Anchorage to Concrete,” and has participated in NCEES sessions in Clemson for testing and grading SE licensure exams.

Raveesh joined Epstein in 2007 and is currently the Chief Engineer of the Structural department. His experience over the past 23 years includes institutional, commercial, aviation and industrial buildings. Raveesh has worked on projects in North America and Europe, and has experience in designing buildings and bridges. He recently finished analysis and design of a pedestrian bridge in North Carolina using structural steel masts and pre-stressed tension rods, approximating an inverted truss. He is a licensed Professional Engineer in Michigan and a licensed Structural Engineer in Illinois.