The late John F. Parmer, a founder of SEAOI and its first Executive Director, believed structural engineers should be recognized for their important role in creating our constructed environment.

John F. Parmer, a structural engineer, was one of the seven founders of SEAOI. In 1965 he, along with Frank Wells and Ken Naslund, came to talk to Nissim Eskenazi and George Ellis about starting a structural engineers association in Illinois. They were joined by Henry Miller and Frank Cooper. Within a very short period of time, SEAOI was founded. John F. Parmer became the first executive director and he, as well as his wife Chris, spent many hours working for SEAOI at 173 W. Madison Street in Chicago.

In the spring of 1977, at age 88, Mr. Parmer’s health began to fail and he found it necessary to retire from SEAOI. In June of that year, SEAOI presented him with an award, the first John F. Parmer Award, for service to the profession. When Mr. Parmer passed away in the fall of 1977, his son, John C. Parmer, and daughter-in-law, Carolyn Noonan Parmer, wanted to remember him by doing something special, on his behalf, for structural engineers. Therefore, in his honor, they presented SEAOI with a check for $500.00 to fund a John F. Parmer Award, honoring a structural engineer whose distinguished career was acknowledged by their peers to be an example of excellence.

The Parmer family continues to support the John F. Parmer Award as they have done for more than 30 years. Both SEAOI and the Structural Engineers Foundation gratefully acknowledge the Parmer family’s longstanding support of the structural engineering profession.

The SEAOI Service Award is given to individuals for outstanding contributions to SEAOI or to the profession of structural engineering in the State of Illinois.

The SEAOI Service Award is given by SEAOI to a distinguished individual, whose involvement and career services in design, construction, education, or business related to structural engineering, have made a significant contribution to the advancement and the recognition of the role of structural engineers. The candidate must be active in his or her field or retired for not more than two years.

The Award, if presented, will be awarded to an individual or team in recognition of efforts to advance the profession by engaging current and/or future structural engineers within our industry. Nominations should consider a wide range of activities that demonstrate outstanding, exceptional, or innovative activities to engage current and/or future structural engineers throughout the industry to ensure that current and/or future structural engineering professionals have a positive experience with the profession. Examples include the creation of mentorship programs to offer career guidance and professional development opportunities, outstanding business practices to accommodate flexible work schedules and/or remote work opportunities, and internal or external training programs to ensure engineers are learning and growing in critical areas.

To be considered for the award: 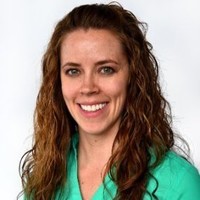 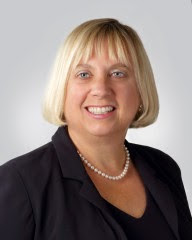