SEAOI recognizes individual contributions to the field of engineering and to our organization with three special awards, given annually at our Awards Dinner: the John F. Parmer Award, the SEAOI Service Award, and the Young Engineer Award.

Nominations for the 2018 special awards are now being accepted. Read the 2018 Call for Entries for more information.

Special Awards will be presented at our Annual Awards Banquet on Saturday, June 9, 2018, which will be held at the Museum of Broadcast Communications in downtown Chicago.

John F. Parmer, a structural engineer, was one of the seven founders of SEAOI. In 1965 he, along with Frank Wells and Ken Naslund, came to talk to Nissim Eskenazi and George Ellis about starting a structural engineers association in Illinois. They were joined by Henry Miller and Frank Cooper. Within a very short period of time, SEAOI was founded. John F. Parmer became the first executive director and he, as well as his wife Chris, spent many hours working for SEAOI at 173 W. Madison Street in Chicago.

In the spring of 1977, at age 88, Mr. Parmer’s health began to fail and he found it necessary to retire from SEAOI. In June of that year, SEAOI presented him with an award, the first John F. Parmer Award, for service to the profession. When Mr. Parmer passed away in the fall of 1977, his son, John C. Parmer, and daughter-in-law, Carolyn Noonan Parmer, wanted to remember him by doing something special, on his behalf, for structural engineers. Therefore, in his honor, they presented SEAOI with a check for $500.00 to fund a John F. Parmer Award, honoring a structural engineer whose distinguished career was acknowledged by their peers to be an example of excellence.

John C. Parmer passed away in September, 2005. His family continues to support the John F. Parmer Award as they have done for more than 30 years. Both SEAOI and the Structural Engineers Foundation gratefully acknowledge the Parmer family’s longstanding support of the structural engineering profession. 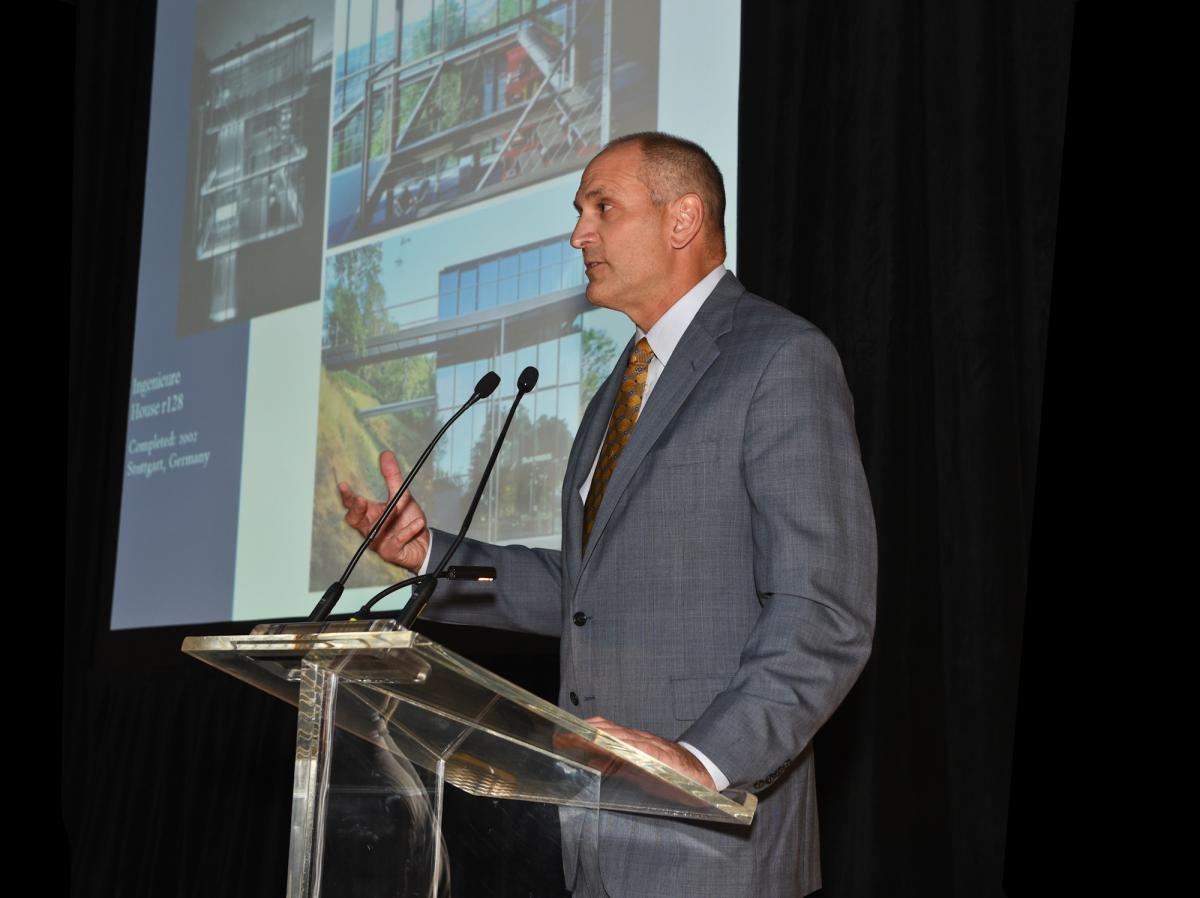 This award is given to individuals for outstanding contributions to SEAOI or to the profession of structural engineering in the State of Illinois. It is intended to be given to a person in the design, construction, or related field, who has achieved outstanding success and distinction in his or her career, and who has made a significant contribution to the advancement of structural engineering.

The candidate must be active in his or her field or retired for not more than two years. The is no limit to the number of awards nor to the time span between awards. Candidates for this Award do not have to be members of SEAOI, nor be a structural engineer. 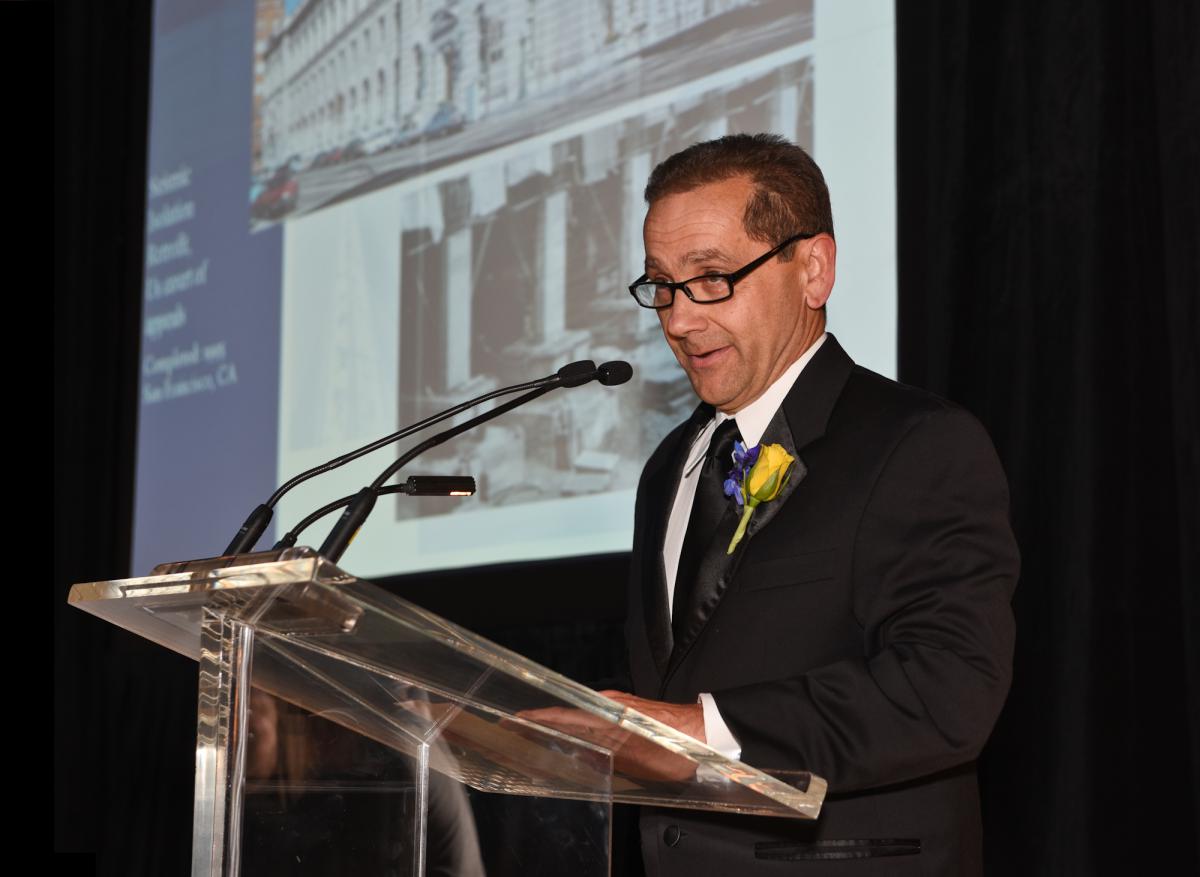 In 2008, SEAOI introduced an Outstanding Young Engineer Award to recognize a Young Engineer (aged 35 or younger) who is recognized by his or her peers for outstanding achievements in structural engineering. SEAOI members are invited to nominate their colleagues for this honor. 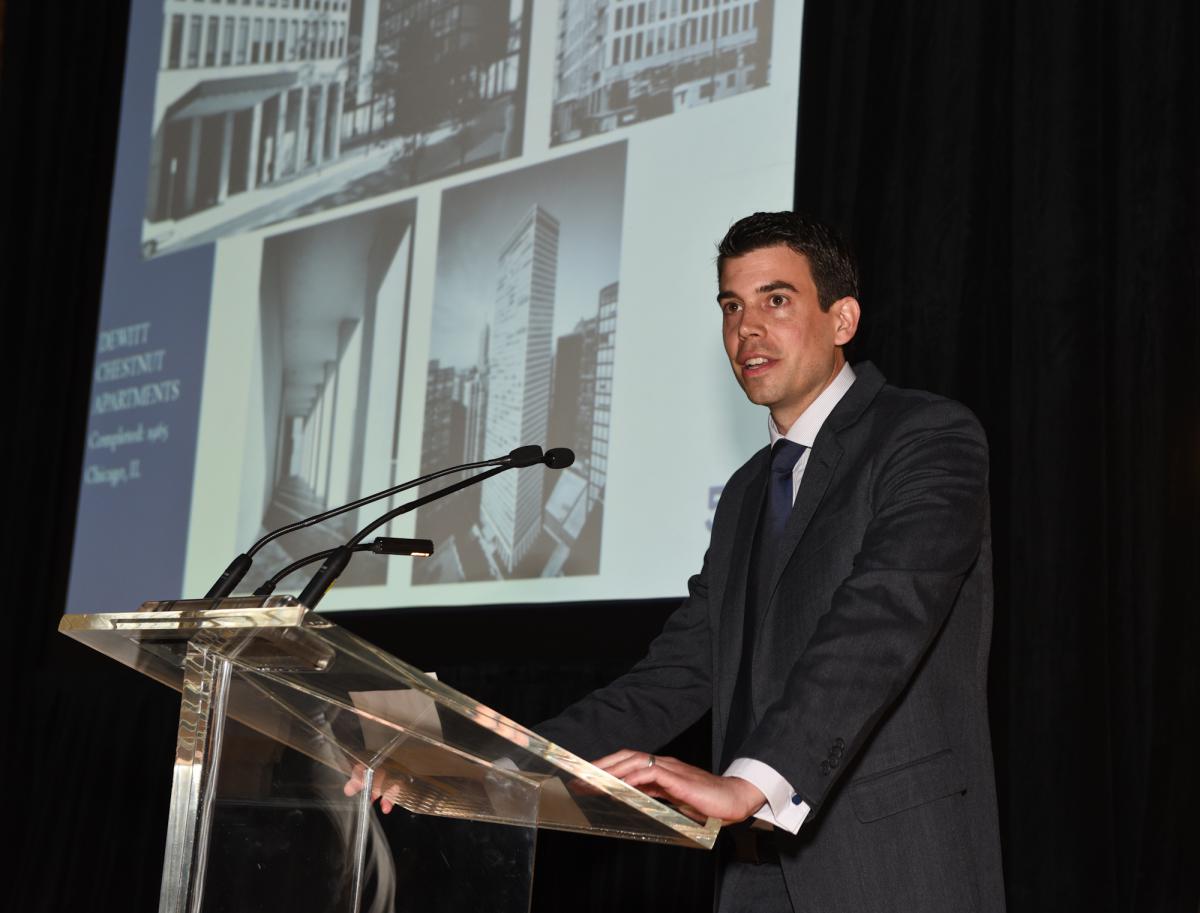 All photos from the 2015 Awards are courtesy of Anne Evans.